Moscow X is a study of the absurd by absurd methods.

There is a theory about geopathic zones, the idea featured in a number of pseudoscientific theories and urban legends that areas exist on the earth's surface that can cause certain geodetic and geological phenomena unknown to science, and supposedly have an adverse effect on the health and well-being of humans, animals and plants.

On the basis of this theory I decided to create my own map of the geopathic zones of Moscow, which coincides with my vernacular area. The Hartmann and Curry grid, a hypothetical geobiological network on the Earth’s surface, lay behind the study. In accordance with a hypothesis proposedthe German researcher Hartmann, this network covers almost the entire surface of the Earth. Intersections in the network form unfavourable geopathic zones for health that, according to the proponents of this hypothesis, are detected by the biolocation method. The network was plotted on a map of Moscow, and by the method of dowsing vertically and horizontally at different times of the day, places were mapped that fell into the 'unfavourable' cells of this network.

Moscow X is a looking glass, a place in which we end up without finding answers to complex questions. The world of dreams and fantasies where we find ourselves unable to explain what is happening by reasonable means. After all, myths strengthen our faith in reality – in comparison with myths, even the most complex and unattractive reality becomes more appealing and understandable for us.

Artefacts that have no local value on the ground acquire new meanings and cultural superstructures in the eyes of the prepared recipient within the closed space of an exhibition hall. Likewise travellers feel their legs tremble as they cross a bog on a moonlit night. Mythological subtexts are contained in the heads of the recipients themselves and with persistent external influences the weak psyche is easily influenced into believing in the supernatural and completely ignoring the realities of our existence. Myths colour our reality to the necessary rosy hue, allowing us to digest homespun truths and thank the hand that feeds us. 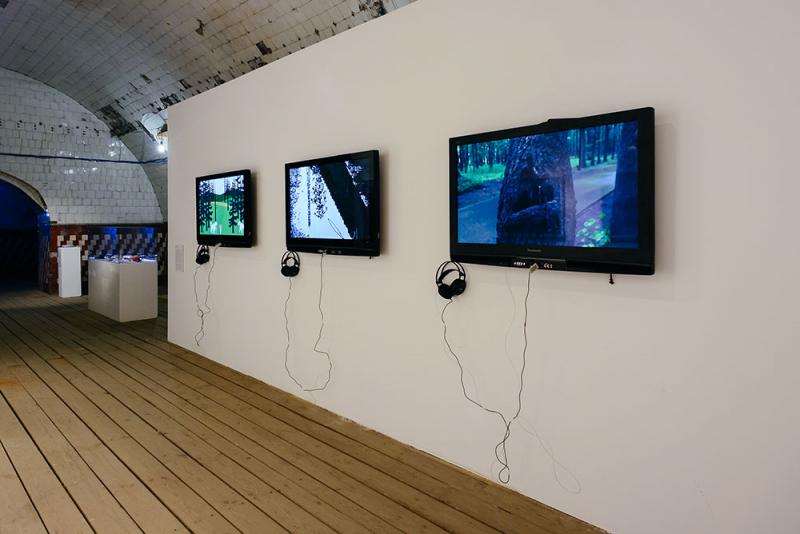