Project the monument "Sumchara” is reflection of the average gopnik who is a member  of largest part of the city  population.You could easily recognize gopniks on the streets by them distinguishing outward sign and goings-on.  The figure has made of  polyethylene tape and scotch tape and dressed in typical clothes. This monument was put into shape of person who sitting on one's hunkers. Because position is very natural for this people.  Then sculpture was installed it in the center of the city on another monument (The Monument Of Lump Sugar). The church lamp near the gopnik was serving like element giving doubt for potential destroyers, calling on tolerance.   Candy which tied to the bread and the knife put to the pocket of “sumchara”. This stuff are working with “magic” is for completely misleading people who decided remove figure, in this happening they were officers of militia. All stuff are associated with prejudices, legends and stereotypes of local population. In this project artist was initiator of Artistic Process, which documented and published without him part. 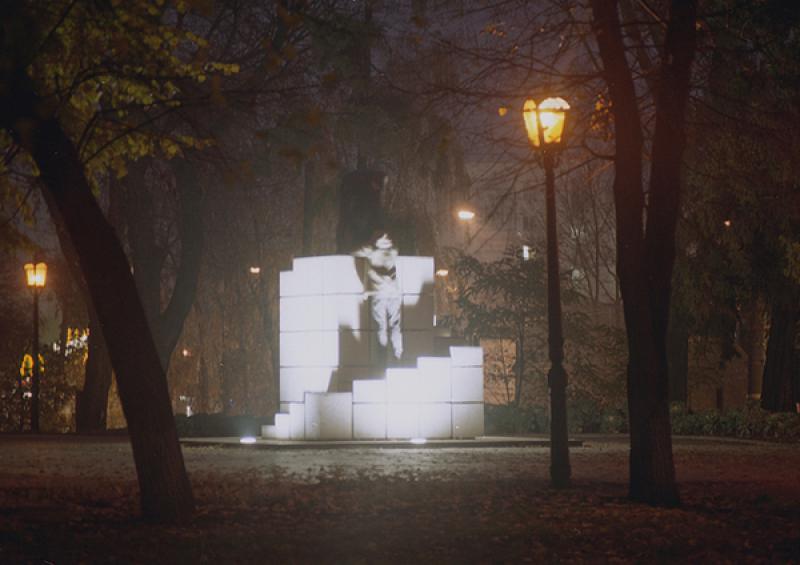