«Something Is Falling Down» - a 24-minute video essay in which I research addressing three different situations, by compiling observations and found footages, as in one place on the outskirts of St. Petersburg, memory of the past is formed next to the predetermined future and the escaping present. Two parts of the timeline are involved in the formation of the identity of the corporation, which broadcast its own images. The reality has not yet come close to the render, in such conditions, to fix a temporary present is necessary in order to possibly get closer to the truth. It is possible until the identity based on the corporate image has not supplanted the identity of the person who has the memory of this place.

The film «Something Is Falling Down» is a self-made spy movie about how to spy on capitalism that goes without you — which is neither hot nor cold from your gaze.

The indifference of capitalism, which gets along fine without you and does not require your participation, is not interested in you as a subject, but uses a person and influences a person, while pretending that it has already done without anyone — and it himself erected, or rather, raised as a stalagmite, a monument to itself, the “architectural dominant”, the building-abstraction, which boasts its exorbitant height, eliminates any possibility that you can somehow influence it — the Tower is already here and nothing can be done about it.

If I use the word “capitalism” here, then only to more accurately describe the situation from which Egor’s video look is directed at the Tower: it is the look of the little man with the video camera everyone has — the camera in the phone, which he suddenly begins to use as special equipment for secret shooting.

“Long-term video surveillance”, which is carried out by Egor, and his voiceover is an attempt to establish relations with an object that is absolutely indifferent to his existence. Egor spies on the tower as a special agent, and this is a funny move — to spy on an object that was created to be looked at. After all, the Tower is visible from everywhere, for that it is a dominant, for that it is, so that it cannot be missed. But Egor watches it as if on the sly, going and passing by the object of his observation, pretending that he is just overpassing. Although no one cares about why he was where he was.

From the review by Alexandra Novozhenova 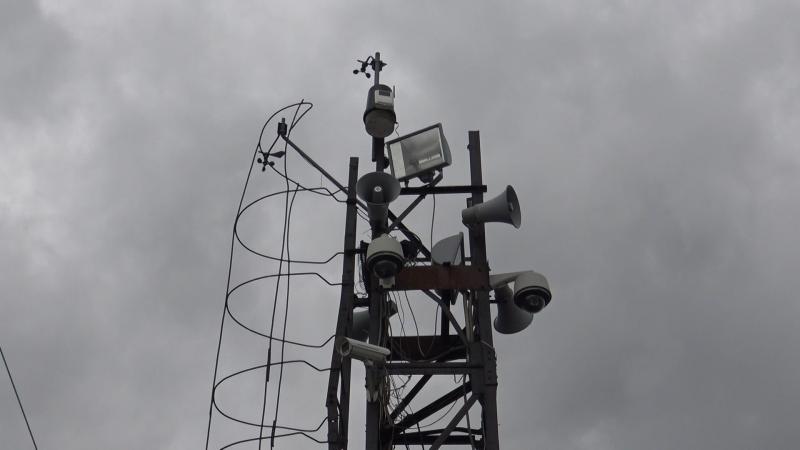