The work URL Stones aims to study the various properties and longevity of media carriers that we assign the function of storing, transmitting and preserving knowledge, data and information. The investigation will juxtapose the same information being held/transmitted by two mediums, which have fundamentally different properties. The mediums include: firstly a text carved into stone in an archaic way, in accordance to how knowledge used to be preserved by ancient civilisations and secondly an encyclopaedic article posted on Wikipedia, perhaps now the most common and progressive method of documenting and gaining knowledge to date.

The text carved onto a marble plaque includes a url address, that refers to an image of this particular marble plaque which is located within the Wikipedia media storage (Wikimedia Commons), followed by the Wikipedia article. The article contains detailed information about the purpose & creation of the marble plaque as well as its current location and condition, available for updating by the current holder of the plaque or any other Wiki user, in accordance with the democratic idea underlying the ideological principles of the site. The project is not complete until one of two media carriers is eventually lost, thus revealing it’s less durable qualities in site of the other. Which one will be lost first? Only time will tell...

At the Rodchenko School graduate show the plate was exhibitied along with video, screen-captured during the initial file upload. 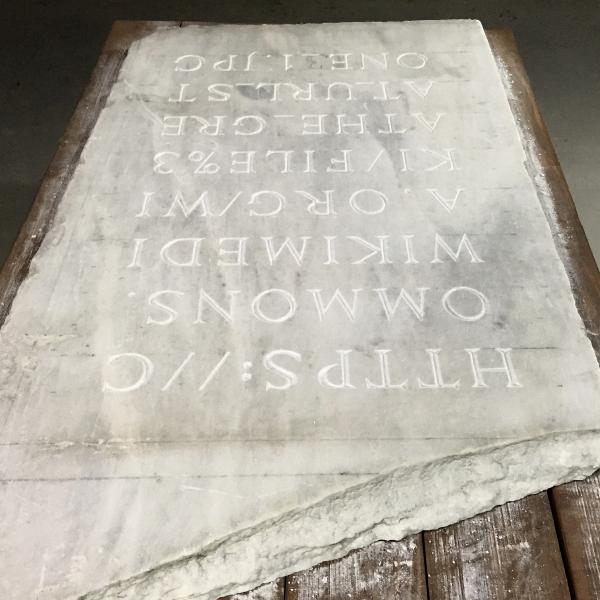